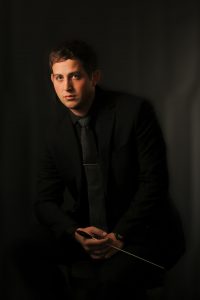 Brian has performed with the  CWU Symphony Orchestra and as principal tuba of the CWU Wind Ensemble under Larry Gookin. Brian also played bass trombone in the CWU Jazz bands. During this time he helped run the CWU Marching Band as well as working with various other marching ensembles groups in the Northwest.

Since starting at Davis in the fall of 2014, the band program has tripled in size.  The marching band, percussion ensemble, jazz band, and wind bands are recognized as some of the top groups in the region/state.  In 2019, the Davis Percussion Ensemble was selected as WIAA State Champions and the Wind Ensemble was selected to perform at a Concert Hour at the NAfME Northwest Conference.  The A.C. Davis Band Program was the northwestern region winner and one of five national finalists for the Foster Award recognizing excellence in music in Title 1 schools.

Brian is currently serves on the board of the Yakima Valley Music Educators Association as President-Elect and is also on the board of director for the Season Performance Hall. He also serves on the staff of the Metro-Capitol Leadership Academy in Portland, Oregon since 2016 run by Mr. Todd Zimbelman.  Brian was selected as the 2020 YVMEA Regional Outstanding Music Educator of the Year and has received the prestigious Citation of Excellence from the National Band Association.

Outside of music, Brian is an avid skier who has been going up to White Pass Ski Area nearly every weekend since the age of four.  Once the snow melts, you can find him hiking, camping, and mountain biking with his family and friends. 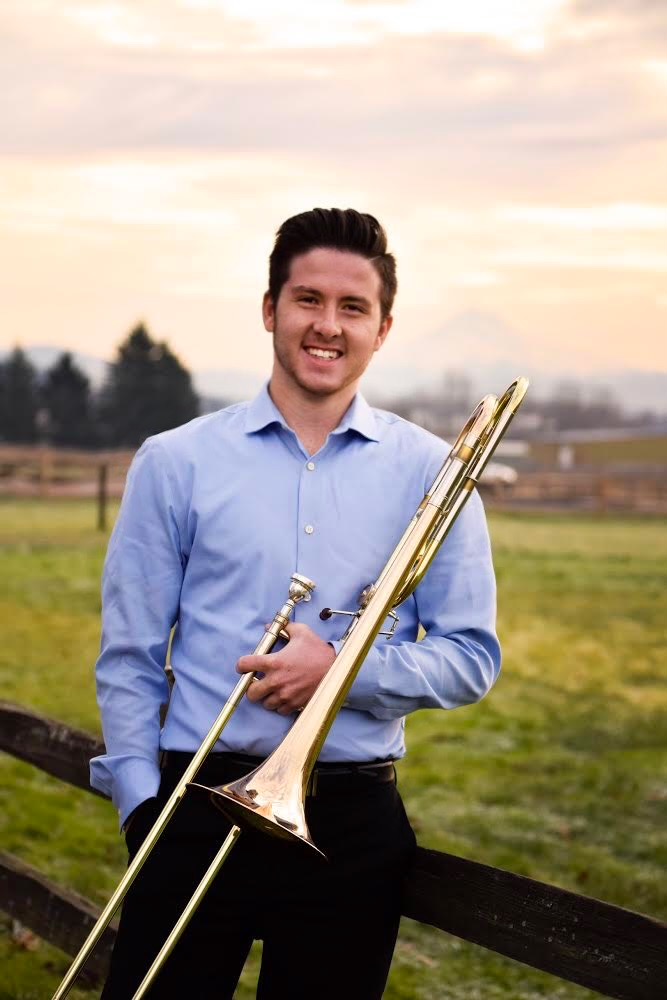 Sam Howard is beginning his first year as Band Director at Davis High School. Previously, Sam was Band Director for Morgan Middle School in Ellensburg, Washington, where he co-taught all concert bands grades 6-8.

Sam graduated with a Bachelor’s Degree in Instrumental Music Education from Central Washington University in 2020. While at CWU, he served for two seasons as Drum Major of the CWU Marching Band, and was a soloist for the band in 2016. As a trombonist, Sam performed with all three collegiate wind bands including the renowned CWU Wind Ensemble under Lewis Norfleet. Sam was also a frequent member of the CWU jazz bands and combos, spending three years as a member of the acclaimed CWU Jazz Band 1 under the Direction of Chris Bruya, where the band earned a featured performance at the 2019 International Jazz Educators Network Conference.

Sam’s previous teaching experience includes instructing the low brass for the AC Davis Marching and Concert Bands from 2016-2019, instructing the Cle Elum-Roslyn High School Marching and Concert Bands from 2019-2020, and taught low brass at Washington Middle School in Yakima, Washington. Sam served on the Brass Staff for the Columbians Drum and Bugle Corps out of Pasco, Washington, in 2020.  As a Jazz Teacher, Sam was Director of the CWU Jazz Band 4 from 2017-2019, and was an instructor for the Columbia Basin College Jazz Summit in 2019.

In 2021, Sam was nominated for Teacher of the Year at Morgan Middle School.

Outside of music, Sam loves to spend his time wakeboarding, snowboarding, or hiking with friends and family. 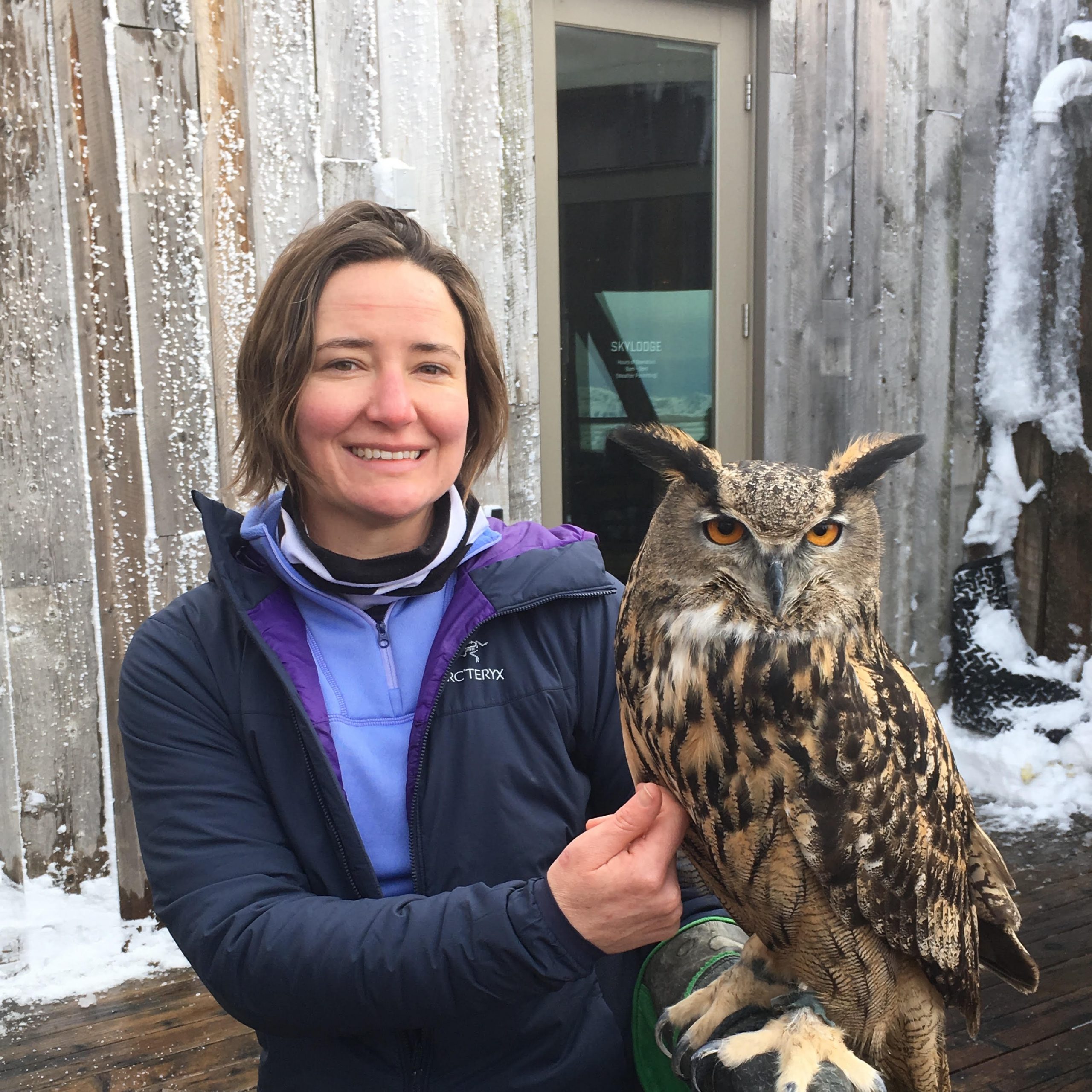 Elaine’s performance history includes Oklahoma State University, the Bluecoats, Black Gold Winterguard, Rhapsody Winterguard, and the Pandemic Performance Ensemble.  She has taught at high schools across the country and worked with the Seattle Cascades, Spirit of Atlanta, Central Washington University, and Snowflake Lane.  She graduated from Oklahoma State with an MS in Zoology in 2009 and currently lives near Seattle is the director of Rhapsody Winterguard, and teaches guard at Spirit of Atlanta Drum Corps.

Elaine loves working with Davis High School and continuing to grow the program and provide a positive experience for the students.  Outside of color guard Elaine loves pursue other areas of dance/movement as well as occasionally go ice climbing

Chaiya is currently studying towards my Bachelors in Music Performance specialized in Percussion, with an addition of a Bachelors in Science in Sociology at Central Washington University. She has a diverse background of experience from performing in South Sound Symphonic Band, Vivace! Choral Ensemble, CWU Percussion Ensembles, CWU Symphonic Winds, CWU Symphony Orchestra, and the renowned Central Washington Wind Ensemble under Lewis Norfleet. She also has experience playing jazz drum set and vibes in Central Washington’s Jazz Combos and big bands. She studied privately under Dr. Miho Takekawa, and then Mark Goodenberger for the last eight years in a comprehensive education of concert, chamber, solo, and jazz percussion.  In the marching world, she has experience in both front ensemble and battery percussion in Eruption Indoor Percussion, IMPACT Percussion Ensemble, Vessel Percussion Ensemble, Columbians Drum and Bugle Corps, and Blue Knights Drum and Bugle Corps.

She has experience and passion teaching solo percussion repertoire, chamber percussion music, marching arts, and more. In her eight years of actively playing, performing, and teaching, she finds that cultivating warm communities and inner growth are the most gratifying and influential things that any musician can do. In her spare time, she loves to read, cook, and sing.